Proud to support our Veterans!

We look forward to
hearing from you. 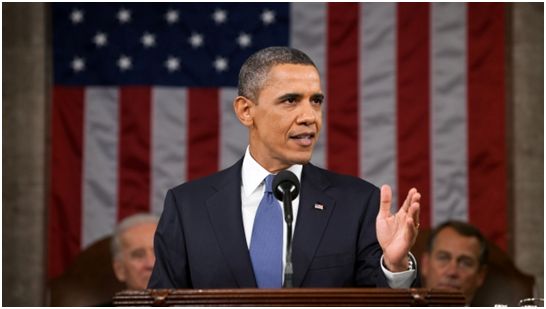 On April 10, Obama released a transportation budget proposal for 2014. “The budget provides a total of $76.6 billion in discretionary and mandatory funding for the Department of Transportation, plus an additional $50 billion to jumpstart economic growth and job creation through immediate infrastructure investment.”
Obama hopes that the new budget will serve as a jumpstart to economic growth and the creation of hundreds of thousands of jobs.
The proposal calls for a $27 billion one-time increase to go towards “critical highway infrastructure” and cross- border roads in addition to the $41 billion Congress has already authorized for highways next year. The $27 billion is part of a larger $50 billion transportation infrastructure investment plan intended to go towards roads, transits, railroads, and airports. By 2015, Obama wants Congress to increase the nation’s annual spending commitment to highways and public transportation by 25%.
Obama says that the new budget will be paid for by winding down the wars in Iraq and Afghanistan. “Because rebuilding our transportation infrastructure is an urgent need, the Budget uses savings from ramping down overseas military operations to fully offset baseline Highway Trust Fund solvency needs, the out-year surface transportation reauthorization allowance, and the rail reauthorization proposal.”
The new proposal leaves many skeptical. Among the skeptics, is the American Trucking Association. In a written release the Association voiced concern that “the budget fails to provide adequate detail and direction. For five years, we’ve waited for President Obama to clearly state how we should pay for these critical needs, and I’m sad to say, we continue to get lip service about the importance of roads and bridges with no real roadmap to real funding solutions. It’s time to show us the money and where you intend to get it from”, said Bill Graves, CEO of ATA.
Rep. Tom Petri, chairman of the House Subcommittee on Highways and Transit, says “the president indicates he wants to use savings from reduced overseas military operations to pay for infrastructure improvements, but this is not a long-term solution and only further emphasizes that we’re spending more than we’re taking in.”

For more information on the 2014 Transportation Budget, visit: http://www.whitehouse.gov/sites/default/files/omb/budget/fy2014/assets/transportation.pdf

We look forward to
hearing from you.